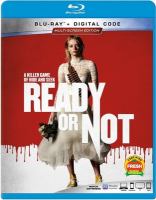 Boy Howdy do I have a story for you! I was out in the woods around 5 in the afternoon, cause it would be too dark if it was five in the morning in these particular woods, hiking around and I found somethin'. I found me a leprechaun. he had a furry had and was ridin' a horse and was swingin' his sword left and right through the air. Now I thought to myself I have got to get a picture of this but wouldn't you know it all I had on me was an a4 pencil and some damn fine construction paper. So I sat myself down one a nearby log and got to sketchin'. The leprechaun had not yet noticed me as I put pencil to paper. The look in his eyes belayed how much he truly cared for this god forsaken world, which was made readily apparent to me that he did not care for it at all. Soon the wind started to pick up and a low symphony of noises from the fauna that surrounded me broke the silence. That's when I knew I had found that greatest subject to draw in my life. I started to move my hand faster and faster as I created shades and cross-hatches across the page. NO-one would hold me back from creating my masterpiece. soon the blood was pumping, I could feel it run through me, carrying my will and my faith. The lines were being formed, the curves were breathed to life. I felt Dada and Buonaretti speak to me! I god damn-it my lead broke!

This film was surprisingly terrific.

I watched this movie in theathers i would had thought it would be 18A but no its 14A. The Child's Play commercial with Chucky reminds me of Ready or Not. I wrote Daniel on the paper but i forgot theres Daniel in the movie i thought she was really getting married but my brother told me she was really getting ready she was talking to herself in the mirror in theathers i said i said you look pritty i guess but he said you look perfect when i was saying to my brother close to him i forgot theres gonna be a i forgot theres gonna be a title in theathers i thought or i said and when his ant came in to the bedroom everyone in theathers said oh my god laughing well i thinkone girl said oh my god laughing it just made me jump they said shes werid welli think one girl said shes weird Dora i said like the show Dora the expolorer oh i forgot i saw this dvd at Sunrise in the mall when she walked into the room i said are they trying to scare her i said in theathers cause the way she looked at the animals i said theres a gun the time has come when he said it reminds me of Alice In Wonderland oh its the guy that ate the oysters now i remember just by me writing it the cartoon you guys have it on DVD when he said antiquities it reminds me i said in theatres of Mary -Kate and Ashley Holiday in the sun movie i said i'm surprised they are about to sleep th kids when a guy said what the hell is this how old is this everyone lauhed i did too so did my brother i said in theathers where is he going my brother said he is going to look for her it made me jump when she got scared i thought someone pulled on her dress evan watching it now on dvd but it only got caught on something i tought someone took her but it was her hasband a lady laughed in theathers when she said i nearly piss myslef i tought it ment she nearly got mad but my brother said she almost pieed herslef watching it on dvd like another movie they said pisst it made me gross i think its from the disney Parent Trap when i saw blood threw her face when emile she said its gonna be okey she spited up blood everyone laughed that took Clara's body away when his sister came back she sand ok girl nomore f ups your a winner got that then she got cocaine and whip her face everyone laughed i just thought it was wearid and her screaming watching on dvd my brother said that guy is watching a video about how to use a crossbow they laughed that emily said she doesn't know what shes doing everone laughed that she got a shout in the throat with a crossbow her name is Tina everyone laughed that she use the ax to kill Tina the maid uh oh hes going to find her but when he looked i said oh no good she got away i said in theathers i was surprised that he started singing in theatres everyone laughed so did my brother I didn't hear move your ass and Daniel said I'm carrying the heavy part, father. Years of alcohol and drug abuse have taken a toll. When Dora the maid asked for her I thought she was trying to help her but she's not after talking nicely to her and I thought Grace closed the door on her but the maid did it herself. When the guy said and I'm afraid Dora has been crushed, sir, I thought he was talking about Dora the Explorer. Helene said she knew the girl would draw the card and that Alex would have to face the same choice that she faced and that he'd have to kill her. I see Grace was listening to her from outside. In theatres I thought she was hiding in a closet. I said in theatres what does she think he's bad, but my brother said she's just remembering the wedding. When a kid came I said a kid came? She called him and she thought he'd help her but instead he shot her in the hand. My brother said that one of the corpses was Charles from the beginning because he was shot in the stomach with a spear. When she put her hand through the nail I said oh my God and I got scared. When Charity tried to kill Grace she missed and said the F word and everyone laughed.

Typical horror comedy, but it was enjoyable. Never gets tired recognizing Parkwood and Casa Loma.

Note: This is not a Fugees biopic.
I think this film was marketed poorly. The trailer looked dumb, and I quickly forgot about it. But, hey, with Covid ravaging the Earth, I'll watch anything. The movie has bit bits of "Knives Out" (rich, horrible family), "Clue" (big house), various Agatha Christie stories, and even "Succession," (rich, horrible family) but more murder-y. Australian Samara Weaving (Hugo's her uncle!) marries into a filthy rich family, only to find they have a very strange ritual that involves a game. In-laws, am I right? Tense, bloody, and darkly funny, this film is way better than I thought it would be. Weaving is tough and good in the lead, and the supporting cast, including Andie MacDowell, Mike O' Brien, and my beloved Adam Brody, are equally good. Loved the ending.

.
Funnier than scary and not, really, that funny.
.

When I saw the trailer before the movie was released, I thought it was going to be so dumb. But it was not that bad! The protagonist is a tough girl that seriously delivers throughout the film. There's a few funny moments here and there. There isn't much gore, maybe at least two scenes where there's a bloody scene due to one of the characters getting injured, but this movie is not a gore fest. At the end of the movie, there's a moment that will make you go "what??" and it's very unexpected.

A horror comedy that an all-in-the-family hazing game of a new bride goes sideways and fast out of control. Pretty funny script on freaky uber-wealthy in-laws.

Ready or Not is a It is a thriller family movie. The movie was entertaining as it always kept me on the tip of my chair and focused. The acting in this movie was great as well as all of the actors performed their rolls perfectly. Even though it is a thriller movie, I loved the comedy element in the movie. Another good thing about this movie was that it had an element of surprise. There were many things that happened that I was not expecting at all, especially the ending. Personally, I don't really like dark comedy movie, but this movie was pretty good. In my opinion, this was an okay movie. It wasn't something I'd be interested in watching again. However, my friend really enjoyed the movie. I would recommend this movie to teenagers and adults. I rate this movie a 3.5 out of 5.
@terrificbooklover of the Hamilton Public Library's Teen Review Board

Monica_Diana_Czekirda thinks this title is suitable for 18 years and over

x_x_x_x_x thinks this title is suitable for 13 years and over

Outside of those in IMDb, not too many memorable quotes. This one has been posted:

Jesus christ, what happened to you?
-In-laws.
===
This one is not:
Your dad definitely hates me, and your alcoholic brother keeps hitting on me... I honestly can't wait to be a part of your moderately fxcked-up family.
===
Nor this one on the game, P1 of 2:
You see, originally, Great-Grandfather was a merchant seaman. It was a hard life. And, like so many, he wanted more. On one of his many excursions abroad, Great-Grandfather came to meet a Mr. Le Bail. He was a...

Nor this one on the game, P2 of 2:
He was a passenger aboard the ship. A collector, of sorts. Purchasing exotic antiquities to resell to wealthy Americans. After discovering a mutual passion for games of chance, they passed a great many hours playing cards. And among Mr. Le Bail's possessions was... that box. And one evening, after indulging in more than their fair ration of rum... Mr. Le Bail proposed a wager. If Great-Grandfather could solve the mystery of the box before arriving at port, Mr. Le Bail would finance any endeavor of Grandfather's choosing. Well... Great-Grandfather whiled away the long hours at sea studying the box. Until finally... And since that time... whenever the Le Domases are presented with a new addition to the family... we place a blank playing card into the box. Our initiate then has the privilege of drawing the card, and Mr. Le Bail will tell us which game to play.